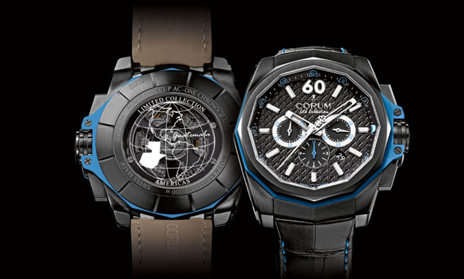 The watch and jewelry Philippe & Son made ​​the presentation of the Limited Collection Americas created by Swiss Corum watches house in which Guatemala is included with a special limited edition of 25 numbered pieces . Each watch from own personalized identity has been designed in a sophisticated way…

BASELWORLD 2014 - THE WATCH AND JEWELRY SHOW 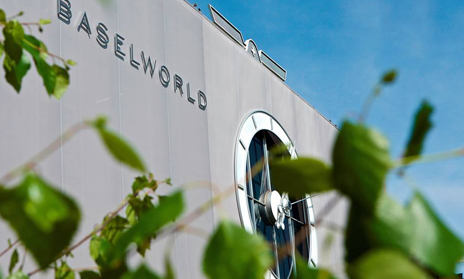 For over 40 years after first opening its doors in 1917, the Schweizer Mustermesse Basel was dedicated to showing off Swiss-made products only. The importance of watches and jewelry to the show steadily increased from a special section to headline billing, and in the early 1970s the first European…

NEO-TOURBILLON WITH THREE BRIDGES
A radical reissue of an old tradition, the Neo-Tourbillon with Three Bridges ushers in the emblematic Girard-Perregaux Tourbillon into a new era of design and mechanical three-dimensionality.

The Tourbillon with Three Bridges, an iconic timepiece created nearly 150 years ago by Girard-Perregaux, has… 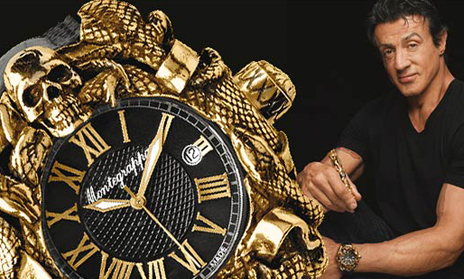 To celebrate the introduction of their brand new Chaos watch, Montegrappa welcomed celebrity-designer Sylvester Stallone to unveil the unique timepiece at the Westime store in West Hollywood last Thursday evening. Adorned with skulls, reptiles, and roads of fire, the limited edition Montegrappa Chaos watch is an extension of its…

One of Harry Winston’s most iconic timepiece designs, the Avenue Collection draws its inspiration from the architecture of the House’s historic Fifth Avenue Flagship Salon in New York.
Once called “the complete diamond industry under one roof,” Mr. Winston envisioned his Fifth Avenue Salon to be the ultimate jewelry… 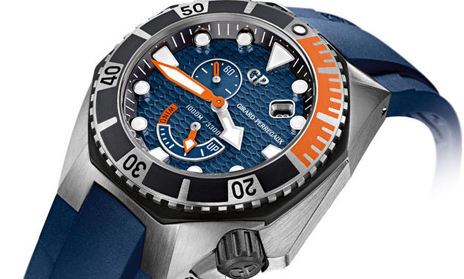 The new Sea Hawk takes a bold stance with its vivid hues. Cobalt blue and coral orange are the colors chosen for the dial, the hands and the unidirectional bezel of this diver’s instrument offers cutting-edge performance in a sporty style.
The Sea Hawk maintains the technical and visual characteristics…

RJ-Romain Jerome turns to Mother’s Earth treasures and celebrates the fourth anniversary of the Icelandic volcano’s eruption that stranded over 100,000 travellers in various parts of the world.
On April 14th 2010, the Eyjafjallajökull Icelandic volcano erupted causing the European airspace to shut down for a period of six… 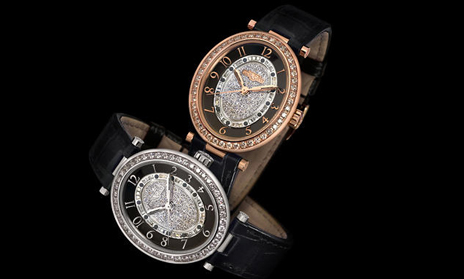 Taking its inspiration from the wealth of its heritage, the DeWitt watchmaking company has decided to bring out a revised 2014 version of its Alma jewellery watch, part of the second watch collection that the Swiss manufacture has dedicated entirely to women.
The Alma watch features a harmonious oval case,…